The History of Valentine’s Day

Valentine’s Day is an annual celebration of romantic love, friendship and admiration. Every year on 14th February, people around the world celebrate this day by sending messages of love and affection to their partners, family and friends.

The origins of Valentine’s Day come from the Roman festival Lupercalia held in the middle of February. The festival, which celebrated the coming of spring, included fertility rites and the pairing off of men and women through a lottery-style process.

At the end of the 5th century, the church replaced Lupercalia with St. Valentine’s Day to remember a priest from Rome who was martyred by Emperor Claudius II. The legend says the priest signed a letter, “from your Valentine” to his jailer’s daughter, whom he had befriended and, by some accounts, healed from blindness. Other accounts state that St. Valentine defied the emperor’s orders and secretly married couples to spare the husbands from war and it is for this reason that his feast day is associated with love.

The first recorded association of Valentine’s Day with romantic love is found in Parlement of Foules (1382) by Geoffrey Chaucer, which was written to honour the first anniversary of the engagement of King Richard II of England to Anne of Bohemia.

For this was on seynt Volantynys day whan euery bryd comyth there to chese his make.

[“For this was on St. Valentine’s Day, when every bird cometh there to choose his mate.”]

By the late 1700s commercially printed cards were being used in England, and the first commercial valentines cards in the United States were printed in the mid-1800s.

Valentine’s Day is commonly associated with Cupid, the Roman god of love, along with hearts, traditionally the seat of emotion. Because it was thought that the avian mating season begins in mid-February, birds also became a symbol of the day. Traditional gifts include candy, jewellery, and flowers, particularly red roses, a symbol of beauty and love.

If you’re searching for the perfect token to say “I love you” and show your loved one how much you care, our Valentine’s Day edit features feminine florals from our signature Rose Collection (a symbol of beauty and love), traditional heart-shaped jewellery, and meaningful Infinity and Halo symbols. Personalised and custom jewellery gifts are also growing in popularity as memorable tokens and keepsakes to be treasured. 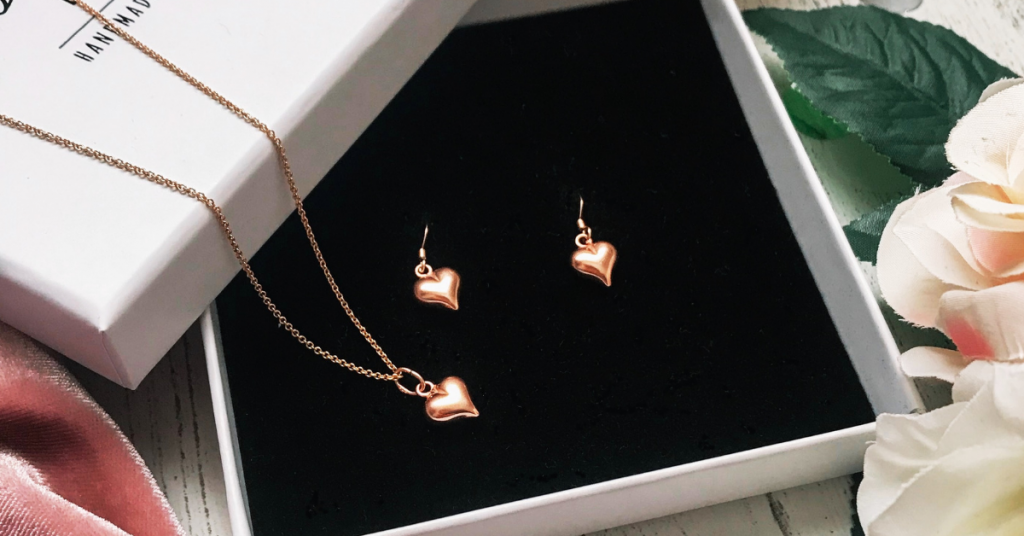 Sign up for 10% off your first order, and shop new collections and promotions before anyone else.

Let Us Help You

Sign up for 10% off your first order, and shop new collections and promotions before anyone else.